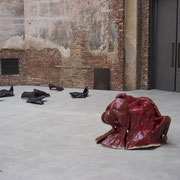 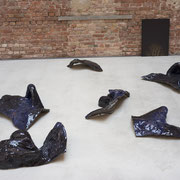 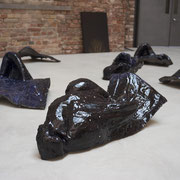 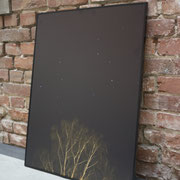 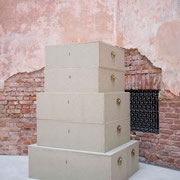 Beyond The Distant Horizons

Around 4000 BC in West Asia, the period in which the constellations of the Lion and the Bull appeared together in the sky just after sunset, between the winter solstice and the vernal equinox, was an important time for practicing rituals related to agriculture. In this arrangement of the constellations in the winter solstice, the Bull had supremacy over the Lion, and in the vernal equinox, the Lion had supremacy over the Bull. This understanding of the apparent movement of the constellations was related to the idea that the Lion attacks the Bull, and the image of a change of season from winter to spring that shows how there is a cycle of death and revival.

Nowadays we can find the portrayal of lions as guardians not only in West Asia but also all over the world; an astonishing indication of common cultural roots, which connect with many religions. The constellation which we can see reminds us of the prehistorical inspiration for the holy pair of lions which has existed since ancient times.

Heads of lions in this work were reproductions of heads of lion-statues which used to be on the roof of the Dresden Academy of Fine Arts until 1992. The project and its attendant work process, which was to reproduce the heads of the lions in ceramics, also represent the history of lions which human beings have been imitating in existing artworks for a long time.

This work was executed with the support of the Contemporary Art Foundation, and the use of reference materials from the Dresden Academy Department of Archives.