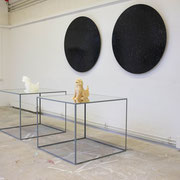 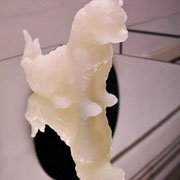 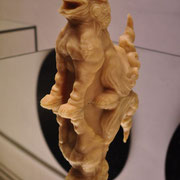 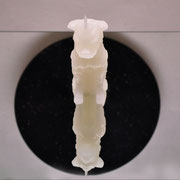 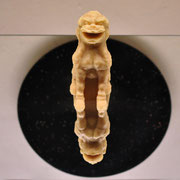 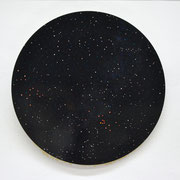 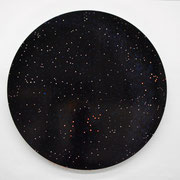 under the same starry sky

Traditionally in front of Japanese Shinto shrines, there are two different kinds of 'lions', komainu and shishi. Although these days they appear the same creature, in the past they were quite distinct, hence the two different names. In Europe, there is parallel to this in the common pairing of unicorn and lion. In both of these combinations, the creatures appear to be the symbols of guardian gods. To me, this appears to be an example of how the unique cultures and different values that we have today may unexpectedly have the same roots. I am fascinated by the origin of the combination of an animal with horns and a lion, and how this combination has traveled with the cultures of human beings around the world for over six thousands years.

The mythological Japanese lion-dogs komainu, also known as shishi, exorcise evil spirits and protect Shinto shrines. They are usually located by the entrance or on both sides of the approach to shrines. Originally the Japanese lions were painted on fusuma (Japanese sliding screens), but after a while wooden, stone, and ceramic lions also appeared, and it became common to place them at the entrance of shrines. Originally the one facing right was called shishi and the one facing left komainu, although generally nowadays they are both referred to as komainu. At that time, there were few opportunities for Japanese sculptors to actually see lions. So sculptors created komainu based on hearsay using their imagination. The shishi with an open mouth and the horned komainu with a closed mouth are a pair, representative of aum (also known as om). The original Sanskrit term aum is composed of two letters, the first and the last of the Sanskrit alphabet. Together, they symbolically represent the beginning and the end of all things.